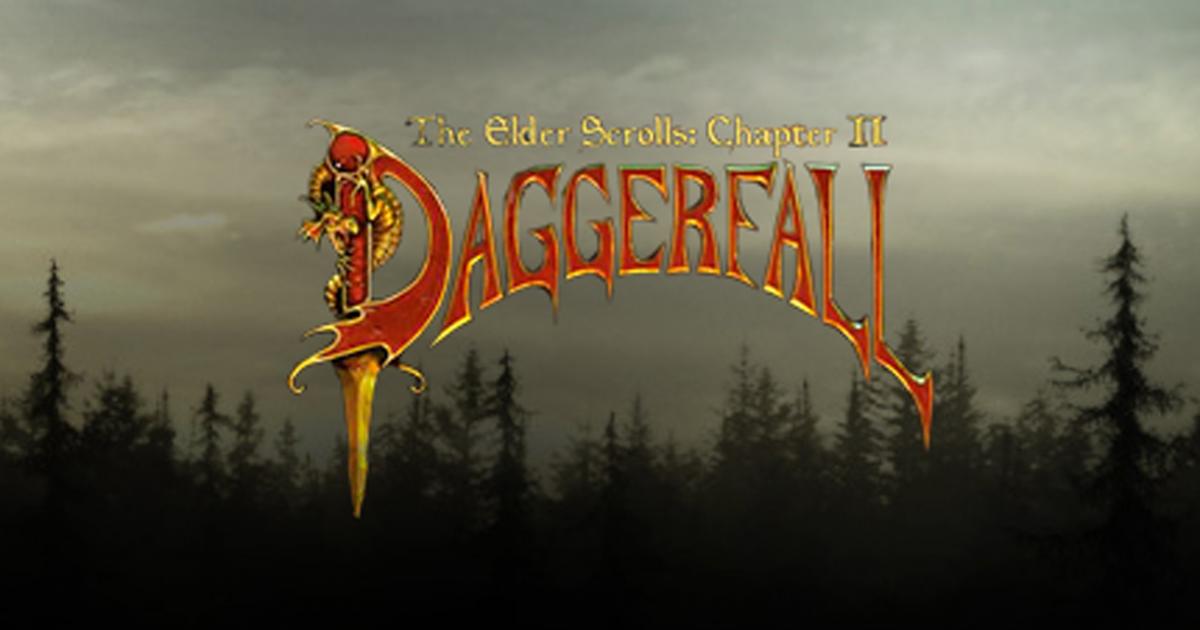 It is no doubt that many of you are familiar with the 2011 behemoth in gaming that was The Elder Scrolls V: Skyrim as well as it’s many resurrections and special editions that have been released in the years since, but many are not familiar with the much older titles by Bethesda, specifically the titles created before Elder Scrolls III: Morrowind (a personal favorite that I like to revisit often). Morrowind was made at time when Bethesda was struggling financially so it was a bit of a hail Mary that saved the company which would lead to the Bethesda that we know currently with its particular design philosophy, though there was a time, under different management, when the design philosophy was quite a bit different.

The classic title I want to shine some light on today is The Elder Scrolls II: Daggerfall, which was a procedurally generated masterpiece which, in my opinion, was the most authentic computer rendition of a tabletop Dungeons & Dragons game at the time (1996) and probably still is even today. Until Minecraft and some other modern world open games came about, Daggerfall was THE largest game according to landmass, and because of its procedurally generated nature, it meant that anything out side of the main story line could and would be both unpredictable and fresh: endless unique hours of fun! So who wouldn’t want to at least give this now 25 year old classic a try!?

Well, I have great news for you: it’s a free game that is being given away by Bethedsa on their own website and is playable on modern systems AND there is an open source revitalization project for the game on Unity: Someone is completely making it from the ground up in Unity and its looking good!

As I mentioned earlier, you can go straight to the Bethesda website and download Daggerfall within seconds and play it for free, but I would highly recommend you go over to the Unofficial Elder Scrolls Pages and download “DaggerfallSetup-2.17.0.zip” instead. This setup is of course still legal, and it will take a few extra minutes to get going, but it is well worth it as it is maintained by the community and includes many extra quests, patches and bugfixes: a far superior version of the game for modern systems!

After getting your hands on the file above, I would also highly recommend you follow along with this video from Zaric Zhakaron, one of the greatest Elder Scrolls Loremasters on the internet who is both very knowledgeable about the Lore, but also has many useful tutorials that will help get you started with many of the Elder Scrolls titles. The first few minutes are dedicated to obtaining the file above and properly setting up the game, and if you are interested, he goes into much more detail about the Lore and many useful tips on how to play Daggerfall that will be useful to all versions of the game (including the unity remake). I highly recommend watching this video in its entirety and get to playing this classic gem of a game!

Want to play Daggerfall on Unity?

While I have not had the chance to try Daggerfall on Unity just yet, I have been keeping a very keen eye on it the past few years, waiting for it to be complete enough to have a complete playthrough, and apparently, that time is now! While it is still in Alpha, it is said to be completely playable, quite stable, already has quite a few features and improvements, and of course since Bethesda released the game for free on their website, it is completely open source and is now no longer a Windows exclusive, but available on Windows, Mac and Linux. What is more is that the unity engine has rid us of the old buggy Bethesda engine and replaced it with a truer three dimensional experience that is already VERY modder friendly.

So if you are excited about where the Unity engine may take the game and want to experience it for yourself, I will once again recommend following along with Zaric Zhakaron; The second video posted here may have some overlap with the previous one, but It is much more up to date with regards to running the game on Unity (I would recommend watching both videos if you have the time and care to know ALOT about Daggerfall beyond setting them up for play; This video will also recommend some Unity mods if that is your thing).

And so the you have it, all you need to know in order to play Daggerfall using the two best methods available. Personally, Morrowind is still my all time favorite TES game (which has also received a lot of revitalization and engine rebuilds, perhaps more on that in the future!) but I think it is very important that projects like Daggerfall Unity exist, it keeps classics alive and reminds us all of a different time in gaming.